Get Your Vietnam Holidays Prices

Vietnam holidays 2022 will be steeped in history and time honoured traditions, whilst being influenced by modern day life. In the major cities you will see sky scrapers amongst Buddhist temples and traditional markets. This diverse country offers the Capital in the north of Hanoi, with it maze of streets in the French Quarter, wonderful street food, the Temple of Literature and see how Ho Chi Minh preferred the humble life in his stilt house rather than the use of the grand Presidential Palace. On the north coast is the infamous Halong Bay, the breath-taking scenery is dominated by the formation of limestone, scattered with the many Junks cruising the bay. With a one or two night cruise you will have the opportunity to enjoy Tai- Chi at sunrise on deck, kayaking to a private beach and visit one of the spectacular floating villages and caves Halong Bay offers. In the northern mountains is the traditional area of Sapa, cascading rice terraces, trekking and traditional handicrafts are a wonderful contrast from the hustle of Hanoi.

In central Vietnam are some of the country’s most iconic sights and stunning beaches. The ancient capital of Hue is a major attraction with its 19th Century Imperial Citadel and once an extravagant royal city, now the impact of the war can be seen today with bullet holes throughout the impressive Citadels walls. A holiday to Vietnam must include Hoi An, the town is a Unesco World Heritage Site that protects the beautiful architecture influenced by the Chinese, Japanese and the French. Come sundown when the town centre is pedestrianised, the day trippers have left and the Chinese lanterns have been lit, you will understand why this wonderful town has been protected by Unesco. During the day relax at the stunning An Bang Beach, kit out your wardrobe at one of the many good tailors, head out on the water in a basket boat or an excursion to the My Son Temples the site is a complex of Hindu Ruins built by the Champa Culture, we would recommend an early morning visit by private tour to escape the crowds and take in the beautiful lush green mountainous surroundings. Just along the coast is the city of Da Nang, although close in proximity to Hoi An, its modern sky scrapers and neon lights is like zipping forward in time. Da Nang has a long stretch of beach, some fantastic roof top bars and a lively atmosphere. The Ba Na Hills resort 40km west of Danang is a theme park created around a French village, walk over the Golden Bridge (A sculpture of hands holding up the bridge) and the amusement rides is a fun day out if travelling with children.

Southern Vietnam offers Ho Chi Minh City (formerly known as Saigon) the city is cosmopolitan and energetic. Take in a city tour to include the Cu Chi Tunnels, the network of tunnels were used during the Vietnam War by the Viet Congs and were uncomprehensive living conditions, today they have been enlarged for the tourists to access and view them. Ho Chi Minh City is the gateway to the Mekong Delta, this maze of rivers is home to floating markets and further out of the city is surrounded by rice terraces. From Ho Chi Minh City there are numerous river cruises to suit all budgets travelling from Ho Chi Minh to Siem Reap and vice versa, making a perfect add-on to a tailor made itinerary. Southern Vietnam offers a number of beach resorts for example Nha Trang with its expanse of beach hotels, the Evason Ana Mandara or Amiana resort are lovely retreats, or Phan Thiet a four hour drive from Ho Chi Minh City. There are many islands off the coast of South Vietnam; Phu Quoc is very popular offering beautiful white sandy beaches and the stunning island of Con Dao with protected marine life whilst staying at the luxurious Six Senses Con Dao could be the pièce de résistance to the finale of your Vietnam holiday!

14 Nights
Thailand and Vietnam are vibrant Asian destinations and a perfect holiday combination. Start you journey in bustling Bangkok in the land of smiles Thailand followed by some time to relax at Nha Trang beach and finally to Ho Chi Minh City formally known as Saigon is a treasure trove of history and the gateway for a taste of the Mekong River.
View Itinerary

15 Nights
A Vietnam and Singapore holiday is a sample of two wonderful Asian Countries, the contrast of tradition in Vietnam with the state of the art architecture of Singapore is mind blowing.
View Itinerary

Things to see and do in Vietnam 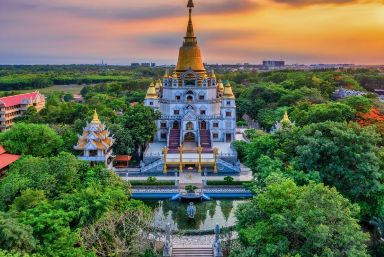 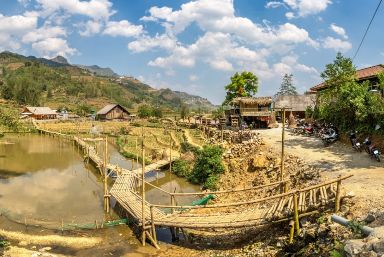 You and your holiday are in safe hands with us so you can book with confidence and travel worry free.
Flight inclusive covered by our ATOL
ABTA and IATA