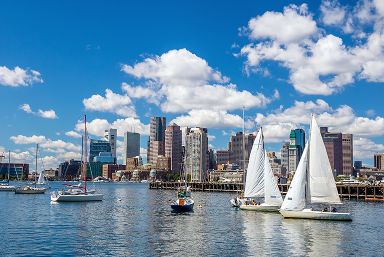 This Boston, Toronto, Washington and New York Multi-Centre Self-Drive holiday takes in not only some of the best cities in the United States but also the diverse cities of Canada. Book your adventure holiday with Charter Travel and enjoy exclusive discounts on flights, car hire and accommodation. 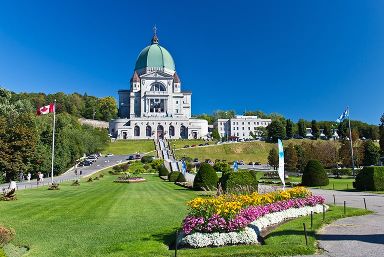 Depart from the United Kingdom on a flight with one of our airline partners Virgin Atlantic, Delta Airlines, American Airlines or British Airways to Logan International Airport, Boston. Avoid the summer crowds and the heat and humidity of the city by flying out in April or May or witness the golden leaves on the trees in autumn. Collect your hire car upon arrival and head towards Boston where you will be staying at the Doubletree Hotel, selected for its fantastic location in Downtown Boston and close to a great choice of bars and restaurants. The Freedom Trail is one of the most famous attractions in the city, taking in key sites of the American Revolution. Take a walk through the Newbury Street district enjoying the mix of restaurants cafes and boutiques.

Leaving Boston travel North across the border into Canada towards your second stop in Quebec. Your hotel the Courtyard by Marriott is located in the heart of Quebec with large modern guest rooms and a French cuisine restaurant to suit the French speaking city. A trip to this city wouldn't be complete without a walk through the cobbled streets of Vieux-Quebec, the World Heritage Site that forms the fortified historic core of the city.

From Quebec head towards Montreal, the third stop on your tour, home to the second largest French speaking population after Paris. Head to your hotel, the Days Inn in the heart of downtown - the perfect base to explore the city. It is in walking distance of the famous Notre-Dame Basilica and historic quarter of the city. Head up to the Mont Royal Summit for breath-taking views of the city as dusk falls.

Head west towards the Ottawa, the capital of Canada. Your hotel, the Radisson on Parliament Hill, is just a short walk from Parliament Hill home of the Canadian Parliament. Chosen for its central location, its modern spacious rooms and on site restaurant make it the perfect place to relax as you continue your tour. If you arrive in mid-May be sure to check out the Canadian Tulip festival which runs from the 4th to the 21st of May.

Heading south you will soon arrive in Toronto, Canada's largest city, staying at the Metropolitan Hotel, located in the financial district a short walk from the main entertainment district. With an indoor heated pool and award winning restaurants alongside large well-appointed guest rooms it is a great hotel from where to explore the city. The CN tower which dominates the skyline is well worth a visit, especially if you choose to visit the observation deck, 350 metres high. The city'ss Chinatown is the second largest in North America and an ideal place to enjoy a meal.

From Toronto, your next stop is Niagara on the Lake, a beautifully quaint town, which is the perfect place to take a break and reflect on your trip so far. From your hotel, the Prince of Wales a traditional 1860s Victorian hotel, Niagara Falls is just a short walk, a breath-taking sight that forms the border between Canada and the United States.

On your journey south on this holiday in America, stop off in Lancaster, a small city in the Pennsylvanian countryside. We recommend you visit the Central Market, the longest continually running famer's market in the country dating back to the 1740s. Your hotel the Lancaster Marriott has a modern spacious feel, with an indoor heated pool and large modern guest rooms. With a central location it is a fantastic base from which the explore the Amish communities that are dotted around the surrounding countryside.

Washington DC is the penultimate stop on your holiday and as the capital city of the United States it has a wealth of monuments, museums fantastic shopping as well as a diverse, cosmopolitan atmosphere to enjoy while enjoying a meal in the countless excellent restaurants. The Smithsonian Institution the world's largest complex of museums is well worth a visit. You will be spending two nights at the Marriott Courtyard on Embassy Row a great base from which to explore this amazing city.

Travel north from Washington to New York, where you will be staying at the Hotel Edison. Renowned for its Art Deco styling, it is in the heart of Manhattan. On the corner of Times Square its location could not be better and is a great base from which to explore New York. Take in a show on Broadway, watch a baseball game at the Yankees stadium or perhaps take a horse and carriage ride through Central Park. This is a city for all interests and the perfect end to a fantastic holiday in America. Drive to John F Kennedy International Airport, drop off your hire car and board your direct flight back to the United Kingdom.

Get a quote for your Boston & Toronto