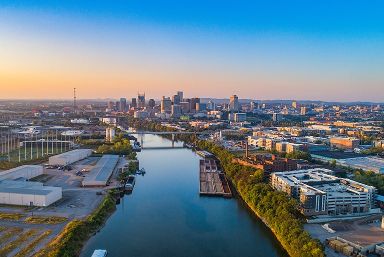 Memphis and New Orleans Holidays in the Authentic deep south in true style with this 14 nights itinerary, see where music began and witness some of the music legends, taking you back in time experience some of the real America at a pace that allows you to re live the history. 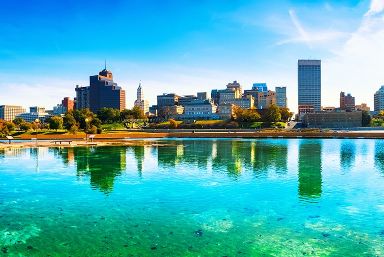 Starting your Memphis and New Orleans Holiday you will arrival into Atlanta (Flying direct on the award-winning Virgin Atlantic), pick up your fully inclusive hire car and make the drive to Pigeon Forge. Your overnight accommodation for the next two nights is the Clarion Pigeon Forge.

Time to hit Dollywood! With a combination of amusement thrill rides, shows, music and traditional crafts of the smoky mountains, it is a memorable day out. Why not combine your trip with the start of the Dollywood season (early April) when the lady herself, Dolly, appears in person to proclaim the season start in a way only she can do! It really does make a great, fun start to your holiday and sets the atmosphere for the holiday.

After the fun, thrills and experience of Dollywood, check-out of your hotel and make the drive to Nashville, TN. Your home for the next 2 nights is The Inn at Opryland. The Grand Ole Opry is probably one of Nashville residents and must be part of any itinerary involving Music City. Featuring the world longest running live radio programme, you never know who you may see whether infamous or just at the start of infamy. Culture and history is also an integral part of this city steeped in Civil War history and architecture symbolic of the 19th century.

No trip to the Deep South is complete without a stay in Memphis and included on this itinerary is a 3 night stay at the most well-known testimonial to modern day rock and roll, the Heartbreak Hotel in Memphis. Just over the road from the hotel is Gracelands, a marvel to explore as a testament to Elvis. A full day access pass can be arranged as you tour the house, grounds and exhibits to this true legend. Other notable attractions to see include Sun Studios where Elvis recorded his first records and theatre buffs will recognise the name from the musical Million Dollar Quartet which tells the story of an impromptu and pretty much unbelievable night at the studios which involved Elvis, Jerry Lee Lewis, Carl Perkins and Johnny Cash (what a line up!). The rock n soul museum is another noteworthy place to visit. A famous hotel to visit in Memphis is the Peabody which is synonymous with opulence, royalty, celebrity and luxury which attracts all walks of life from around the world and marks the centrepiece of downtown Memphis. One other place of interest is the Stax Museum, a 17,000 square foot centrepiece that tells the story of American Soul Museum, in particular that what came from Stax Records which used to stand of the site of the Museum.

A must for any true Deep South tourist (and especially Elvis fans) is a stop in Tupelo. Your home for the next night is the Best Western Plus Tupelo Inn & Suites. Tupelo was the birthplace of the King of Rock n Roll, Elvis Presley and maintains strong links with Memphis. This makes it a vital part of the song of American Music History. Visitors should make stops at Johnnies Drive In where Elvis was partial to a burger and do not forget the hardware store where Elvis first guitar was bought from. With museums and history, it really is a fascinating stop on the itinerary.

Driving down and hitting Cleveland on a Thursday, the evening is planned with a visit to Poor Monkeys Lounge, one of the last rural jook joints in the Mississippi Delta. Owner William Seabury lives in one room as part of the house which is almost taken up by his bed alone. He is the upmost host when the bar is open to everyone. It can be summed up in the sign that hangs over the kitchen door This is a high class place. Act respectable. Seen from outside, it looks just like shanty but once inside you are somewhat overwhelmed with the vast array of dÃ©cor, colours and sounds that makes this an experience you could never replicate anywhere else in the world. It really is a part of history well worth experiencing. Overnight stay is at the Hampton Inn Cleveland

Today is time to drive through to Natchez, the oldest civilised settlement on the Mississippi River. Your home for the next three nights is the Best Western River Inn. One of the main attractions is visiting the many opulent mansions that were thankfully untouched by the Civil War as Natchez did not hold a strategic position during the war. As well as museums and hopefully experiencing one of the most beautiful sunsets that can be seen in the south, you are sure to see Natchez as a wonderful and informative stop as you continue the tour of the Deep South. Two places that are a must see include the forks of the road, commonly known by historians as the second largest slave market in the Deep South. For a night time activity, you must visit the Under-The-Hill-Saloon for a good time and live music. For a more spectacular visit, time your visits to that of one of two pilgrimages each year people make to Natchez during Late March or late September where Private owned homes are opened to the public too to create a fascinating insight into life in the earlier times.

Time to drive to your final stop, New Orleans. Your home for the next 3 nights will be the beautifully maintained and elegant but simple Bienville House Hotel. New Orleans, or more commonly known as the Big easy, is simply a magnitude and mixture of many diverse nationalities giving rise to very different forms of culture, music and not forgetting food within the city walls! It has been plagued by wars, regime change and most recently floods but it has been the laid back and stalwart attitude of its inhabitants that adds to the charm and elegance that can be found in the French Quarter to the opulence of the Garden District and Uptown. From history to music to culture, the city never fails to attain the interest of any of its visitors. From the famous (and colourful!) Mardi Gras to over the New Year period when the skies are lit by a myriad of fireworks, no time is ever the wrong time to visit.

All too soon it is time to bid a fond farewell to the Deep South and New Orleans as you ride back to the airport, drop your car off and fly home via Atlanta with Virgin Atlantic in partnership with Delta Airlines.

Get a quote for your Memphis & New Orleans